The Mar del Plata International Film Festival, organized by the National Institute of Cinema and Audiovisual Arts (INCAA), promotes the film and audiovisual activity in all of its forms, screening films of different origins, and supporting thematic diversity and styles. In it, the tradition of classic cinema coexists with new tendencies, new voices and new technologies.

Historically, the Festival has been divided into different sections. 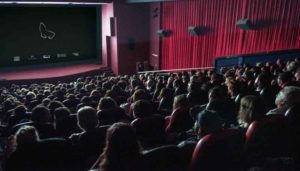 Secondly, Panorama is the section where viewers can find the best and latest works of international production. Acclaimed filmmakers and new talents combine with diverse subject matters in sections such as as Mar de Chicos, targeted to younger audiences, Original Soundtrack, featuring films where music plays the leading role, or Super 8 –16 mm– a tribute to historical formats, in sections such as Hora Cero, Generación VHS and Las Venas Abiertas, among others.

Number three is the Tributes and Retrospectives section that seeks to revisit the work of prestigious directors putting them back into circulation. This section also prompts new trends by focusing on current filmmakers that would otherwise not make it to the theaters. It is a key section that values works based on their cultural legacy for present and future cinema.

Fourth is the Rescues section, where national and international film heritage comes to life for audiences to enjoy some of the industry’s former glories.The Festival is also characterized by its appealing special events: master classes, round tables, book presentations, special screenings and seminars on new cinema critique. The 2018 edition also hosted the first edition of the successful Cinema and Gender Perspective Forum, a key space for reflection that exposed the inequalities of the audiovisual industry.

The Produced by the National Institute of Cinema and Audiovisual Arts (INCAA) of Argentina and accredited by the International Federation of Film Producers Association (FIAPF), the 37th Edition of the Mar del Plata International Film Festival will take place as an “in-person” festival in the city of Mar del Plata and / or on-line as the circumstances dictate, from November 3 – 13, 2022. The Festival’s objective is to stimulate and facilitate meetings among members of the national and international cinematographic 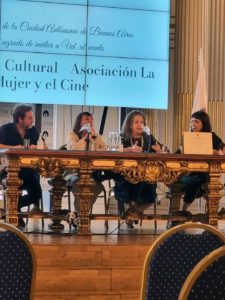 community and to present films of all genres, accompanied by their representatives, in order to contribute to the development of culture and the progress and diffusion of the audiovisual industry. Submission of films in all categories is free and open to Argentine and international feature length, medium length, and short films of all genres.
The productions must have been finished within 12 (twelve) months prior to the beginning of the Festival.

The Festival cannot accept those films or projects that are connected to members of the organization or of the Selection Committee.

Once the Festival has communicated the selection of a film, it cannot be removed from the festival. Its producer or designated representative must send the film, and other related materials, including promotional materials, requested by the Festival, before the deadline, as indicated in “ANNEX I” of the Regulations. These materials will be used by the Catalogue and the Web Page, as well as for press, publicity and communication about the film’s participation in the Festival.

Films will be presented in their original language with English subtitles, plus electronic subtitles in Spanish. Only the Festival authorities may decide upon any presentations outside of these rules.

Films program in any of the Festival’s section must not have had a commercial premiere in Argentina before the Festival has finished, nor can they have been publicly screened in other spaces that are not within the framework of the Festival, unless they sign agreements with the National Institute of Cinema and Audiovisual Arts (INCAA) for screenings in other cinemas in the country or for their broadcast through Cine.ar and Cine.ar Play. Only the Festival authorities may decide upon any presentations outside of these rules.

Films that have competed in festivals outside of Argentina before the date of selection for their presentation at Mar del Plata are not invalidated from participating in the Competition.

Projection copies are required to have subtitles in English. The following awards will be given:

The Jury may award up to 2 (two) Special Mentions, having to indicate the reason that these special mentions are deserved. The Jury will give only one award ex aequo, except for Best Feature Length Film. No film may receive more than 2 (two) awards, and no category may be declared without a winner.

The competition will consist of Latin American productions and co-productions that must have been finished within 12 (twelve) months before the beginning date of the Festival. Their projection in the Festival must be a premiere with the territory of the Argentine Republic and they must not have had any kind of public exhibition in Argentina.

The films must be Argentine productions. They must have been finished within 12 (twelve) months before the beginning date of the Festival. Their projection in the Festival must be a premiere with the territory of the Argentine Republic and they must not have had any kind of public exhibition in Argentina.