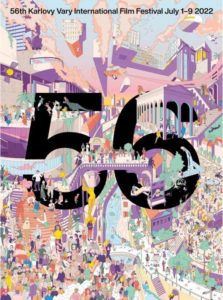 Central and Eastern Europe. It is one of the oldest A-list film festivals (i.e., non-specialized festivals with a competition for feature-length fiction films), a category it shares with the festivals in Cannes, Berlin, Venice, San Sebastian, Moscow, Montreal, Shanghai, and Tokyo. Among filmmakers, buyers, distributors, sales agents, and journalists, KVIFF is considered the most important event in all of Central and Eastern Europe. Every year, the festival presents some 200 films from around the world, and regularly hosts famous and important filmmakers. The Karlovy Vary festival is intended for both film professionals and the general public, and offers visitors a carefully designed programme, excellent facilities and a broad range of other services.

In view of the ongoing COVID-19 pandemic in the Czech Republic, the organizers of the Karlovy Vary IFF have decided to move the date of this year’s festival. Moving the festival’s dates back by seven weeks will offer the best chance of holding this cultural event closer to the extent that audiences and festivalgoers have become accustomed to.

“Our decision to take this step was made after consulting with experts and upon a careful consideration of the current situation. We hope that the coming months will see a significant increase in vaccinations, thanks to which the pandemic will be brought under control, thus allowing us to hold the Karlovy Vary festival in a form that will be maximally safe for guests and visitors. Naturally, we are ready to observe all applicable regulations,” says KVIFF’s executive director Kryštof Mucha. KVIFF´s artistic director Karel Och adds: “Moving the dates of the 55th festival does not mean a long-term change in the Karlovy Vary festival’s traditional slot, the festival’s 56th edition will return to its usual time, meaning from 1 to 9 July 2022.”

Regular meetings have been organized with directors, actors, and other filmmakers who present their work as part of the festival program. During the ten years of KVIFF Talks existence large number of filmmakers have shared their experiences with the audience; such as directors Oliver Stone, Todd Solondz, Michel Gondry, William Friedkin or Charlie Kaufman or actors Harvey Keitel, John Malkovich, Christopher Lee and Michael Shannon or film editor Thelma Schoonmaker. The meetings are held at the Vodafone Lounge and in cinemas A and C at Hotel Thermal. Unless indicated otherwise, the meetings take place in English, are not translated, and do not require a ticket or accreditation. 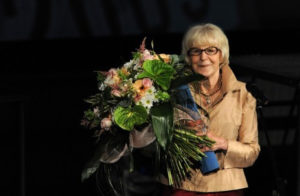 On the occasion of the state holiday on 28 October 2021, the Karlovy Vary International Film Festival’s artistic advisor Eva Zaoralová was awarded the Ministry of Culture Award for Contribution in the Field of Cinema and Audiovisual Work.

This prestigious award was awarded to Eva Zaoralová for her many years as the artistic head of the Karlovy Vary International Film Festival and for her lifelong promotion of Czech films and filmmakers abroad. In view of the situation relating to the coronavirus pandemic, the awards ceremony could not be held, and the award was presented individually. Since health reasons prevented Eva Zaoralová from accepting the award in person, it was received in her name by the festival’s artistic director Karel Och.

Eva Zaoralová is inextricably associated with the modern history of the Karlovy Vary festival. She and the festival’s president Jiří Bartoška both helped to save the festival in 1994, and subsequently turned it into one of the most important international surveys of film. Eva Zaoralová spent many years as KVIFF’s artistic director, and during this time she systematically put together a programming team that continued her work under her successor Karel Och. She has remained closely tied to the festival and continues to actively contribute to its programming in her capacity as artistic advisor.

We all remember her fondly. Good bye EVA!!!

East of the West Competition
An international competition of first and second feature-length fiction and documentary films from Central and Eastern Europe, the Balkans, the countries of the former Soviet Union, the Middle East and North Africa presented as world, international or European premieres.

Film selection for the program of the 56th Karlovy Vary IFF

If you send a DVD for pre-selection, we will inform you via email upon its receipt. You will be informed about the final decision of the Selection Committee by the beginning of July 2022 at the latest. The Selection Committee is led by artistic director Karel Och. The selection committee’s members are artistic consultant Eva Zaoralová, program coordinator Anna Purkrábková, programmers Lenka Tyrpáková, Martin Horyna and Sandra Hezinová and member of program department Nataila Neudačina. If you have any questions, feel free to contact us at submissions@kviff.com.