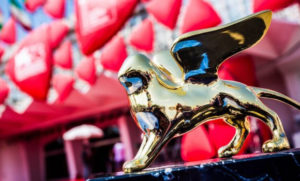 It will  take place at Venice Lido from 31 August – 10 September 2022. The Festival is officially recognised by the FIAPF (International Federation of Film Producers Association). The aim of the Festival is to raise awareness and promote international cinema in all its forms as art, entertainment and as an industry, in a spirit of freedom and dialogue. The Festival also organises retrospectives and tributes to major figures as a contribution towards a better understanding of the history of cinema. Only films presented as world premieres that meet the following criteria are eligible for selection:

Venezia 79
An International competition comprising a maximum of 21 feature-length films.

Out of Competition
Some of the most important works of the year will be presented in the non-competing section, for a maximum of 20 films; to these will be added the films produced within the Biennale College-Cinema program. They may include the works of established authors who have participated in previous editions of the Venice Film Festival, or films in which the spectacular dimension is accompanied by forms of expressive or narrative originality,  and documentaries.

Orizzonti
An international competition reserved for a maximum of 19 films, dedicated to films that represent the latest aesthetic and expressive trends in international cinema, with special attention to debut films, young talents who are not yet firmly established, indie features and lesser-known cinema, as well as works that address specific genres and current production, with the aim of innovating and demonstrating creative originality. The Orizzonti section features a selection of competing short films lasting a maximum of 20 minutes, selected on the basis of criteria such as quality and originality of language and expression.

Orizzonti Extra
This non-competitive section – but eventually with the possibility of assigning an Audience Award – features a selection of a maximum of 10 works of different genres, lengths and targets, provided their length is more than 60 minutes. The Orizzonti Extra section may include art-house and genre movies, experimental and artists’ films, TV series and crossover productions, which may be preceded or accompanied by public encounters and conversations with the directors, actors and personalities from the world of art and culture.

Venice Classics
This section features the world premiere screenings of a selection of the finest restorations of classic films carried out over the past year by film libraries, cultural institutions and productions around the world, committed to the preservation and cultivation of the cinematographic heritage and the rediscovery of neglected or undervalued works of the past, for a maximum of 18 titles.

Venice VR Expanded
The Festival will present on line, in competition, a maximum of 30 Immersive Projects in Virtual Reality as world-premieres or international premieres. 360 videos, 3 DOF and 6 DOF interactive works of any length are admitted. They must be compliant with one or more of the following devices: Oculus Go, Oculus Quest, Oculus Quest 2, Oculus Rift, Oculus Rift S, HTC Vive, HTC Vive Pro, HTC Vive Cosmos, HP Reverb/Windows Mixed Reality, iOS or Android devices. Any other format must be previously agreed upon with the Direction of the Festival. A maximum of 10 projects will be presented  on line Out of Competition, among which the works of the teams participating in the fifth edition of the Biennale College Cinema-VR, and a selection “Best of VR Expanded”. 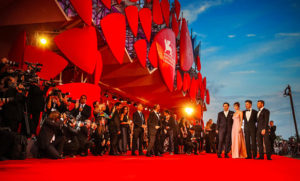 Settimana Internazionale della Critica (SIC – International Critics’ Week)
A series of no more than 9 films – debut works – independently organised by a commission appointed by the National Syndicate of Italian Film Critics (SNCCI) in accordance with its own regulations.

A series of no more than 12 films, independently promoted by the Italian filmmakers association (ANAC) and by the 100 Autori association. Films are selected in accordance with the regulations of these associations.

Each Jury will operate according to its own regulations. The Director of the Festival may attend the meetings to advise on matters of regulations or procedures, when required.

Venezia 79
An International Jury composed of no more than 9 personalities from the world of cinema and culture from various countries, excluding any person involved in any capacity in the production of the invited films or who may have an interest in their distribution, will award the following prizes for the feature films:
· Golden Lion for best film
· Silver Lion – Grand Jury Prize
· Silver Lion – Award for Best Director
· Coppa Volpi for Best Actress
· Coppa Volpi for Best Actor
· Special Jury Prize
· Award for Best Screenplay
· Marcello Mastroianni Award for Best New Young Actor or Actress

There will be no joint winners.
Furthermore, individual films may receive no more than one of the awards listed in the Regulations. Exceptionally and just in one case, after consultation with the Festival Director, the Jury may confer the Coppa Volpi or the Marcello Mastroianni award to an actor or an actress featured in a film which has won the Grand Jury Prize, the Award for Best Director, the Special Jury Prize or the Award for Best Screenplay. This exception cannot be applied more than once on bestowing the awards.

Venice Classics
A jury composed of students in their last year of film studies in Italian universities, chaired by a personality from the world of cinema and culture, will assign the Venice Classics Award for Best Restored Film, with no joint awards permitted.

“Luigi De Laurentiis” Award for a Debut Film
All the debut feature films presented in the various competitive sections of the Venice Film Festival (Official Selection and Independent and Parallel Sections) are eligible for the Lion of the Future – “Luigi De Laurentiis” Venice Award for a Debut Film. An International Jury of no more than 5 personalities from the world of cinema and culture from various countries, including one producer, will award a prize of 100,000 US dollars, donated by Filmauro, to be divided equally between the director and the producer. No joint awards will be permitted.

Venice VR Expanded
An international Jury, composed of 3 figures in the creative world from different countries, excluding anyone involved in any way in the creation of the works invited or who have any interest in their distribution, will award the following prizes:
· Grand Jury Prize for Best VR Work
· Best VR  Experience
· Best VR Story
No joint awards will be allowed.

Golden Lion for Lifetime Achievement
The Director of the Festival will make a recommendation to the President and Board of Directors to award a maximum of  two Golden Lions for Lifetime Achievement: the first, awarded to a director (or to a leading professional figure) for the contribution made through his/her body of work to the advancement of the art of cinema; the second to an actor or actress, who has best interpreted the expressive requirements of the directors for whom he/she has worked, while bringing his/her own personal aesthetic, symbolic and authorial contribution to the dramatic arts.