Taipei Golden Horse Film Festival (TGHFF) is the largest film festival in Taiwan. Starting in 1980 as a non-competitive showcase, TGHFF aims to introduce prominent cinema from around the world, promoting cinema as an art form and enhancing intercultural understanding through cinema. 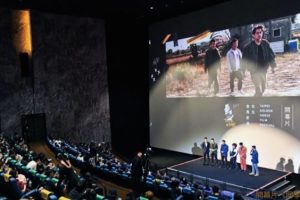 Submission to the Festival is open for feature, documentary, experimental, animation. Please notice that the Festival only accepts feature-length films over 60 minutes. All films submitted for 2021 TGHFF must be completed after January 1st, 2020. Taiwan Premiere is required.
Please register as Golden Horse member at festival official website before your submission.
The Festival accepts DCP and 35mm film prints for exhibition. All selected films will be screened in their original version. In principle, if not with English dialogue, films must be subtitled in English or Traditional Chinese. The projection will be made along with Traditional Chinese subtitling using an electronic system. 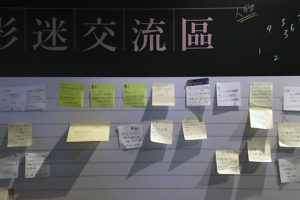 The submission is from June 1st to August 2nd , 2021. The Festival is not obliged to view late entries.
​The applicant is requested to submit entry(ies) online. The applicant could either upload the film or provide online preview links as the submission material. (We accept only MOV & MP4 files under 2G, please note the link should be downloadable, and the password should be valid until October 2021.)
Submission materials will not be returned. They will be kept in the Festival’s digital library and may be consulted for cultural purposes.

Selected films will receive a system notification email before Oct.5th . Once receive the email, participants should email (programme@goldenhorse.org.tw) requested materials as below:
– 3-5 Film stills (at least 300 dpi)
– A photo, biography & filmography of the director
– Press kit
– Trailer / Poster / Original sound track (if available)
– ​Signed Authorization Form (Enter Submission List to print out.)
The Festival holds the right to use the film stills/text/extracts (limited to 10% of the total length and not exceeding 3 min.) provided by the participant to promote the film. This regulation applies equally to the Internet.

The Golden Horse Awards was founded in 1962, the original intention was to promote Taiwanese film production and recognize excellent Taiwanese films and outstanding filmmakers. The Chinese Characters “Golden Horse,” pronounced as “Kim Ma” in Chinese, are derived from the names of the two outlying islands of Kinmen and Matsu. In 1990, the organization of the 27th Golden Horse Awards Competition was transferred from the Government Information Office to The Motion Picture Development Foundation R.O.C., and TGHFF Executive Committee was established under its authority. The official name of The Golden Horse Awards has been changed to “Taipei Golden Horse Film Festival,” which is not only the most important film event in Taiwan, the main activities also extend to four parts – Golden Horse Award competition, Film Festival, Film Project Promotion and Film Academy. The Golden Horse Awards aims at encouraging the development of Chinese-language films. The Film Festival intends for introducing excellent films to Taiwanese audience from around the world to stimulate exchange of ideas and inspire creativity. The Film Project Promotion aims to facilitate cooperation between Chinese filmmakers and international industry professionals. The Film Academy tries to promote young filmmakers’ vision by organizing masters’ classes for them. The executive board of the Committee consists of seven to eleven film scholars and film industry professionals, including the Chairman. The Committee’s CEO appointed by the Executive Board of the Committee, leads five departments to handle all business: an administration department for internal administrative affairs, guest hospitality and cross-industry collaboration; a marketing department responsible for event planning and promotion, press coordination, advertising and publications; a competition department in charge of the competition and awards ceremony; a film project promotion department attended to the execution of the project meetings; and a festival department devoted to festival planning, curation of films and invitation of filmmakers, subtitle translation and production, as well as all on-site arrangements during the festival.