Stockholm International Film Festival 2022 takes place between November 9-20, and will screen 100 films from 60 countries. We also arrange seminars and Face2Face. This year we bring back the success of our digital platform, our Festival on Demand, which makes a large part of this year’s program available online.

Founded in 1990 by a group of film enthusiasts, Stockholm International Film Festival has evolved to become one of the major annual cultural events in Sweden. 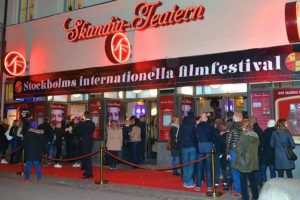 With 32 years of experience, Stockholm International Film Festival continues to explore and promote the great directors of tomorrow and is established as one of the leading film festivals in Europe. With a passion for visionary filmmaking, the festival keeps on pushing forward the boundaries of cinema.
During the 30th Stockholm International Film Festival over 150 films from 60 countries were presented to more than 150,000 visitors and over 1000 industry officials and accredited journalists.

We only accept submissions through FilmFreeway.
We only accept digital submissions (i.e. private Vimeo link or similar online video service).
For your film to be considered by the programing staff the correct fee must be paid in full.
Please note that to be selected for the Stockholm Impact competition we require at least European premiere. For other sections our minimum requirement is Swedish premiere.
1 Km Film is only open for Swedish short films. 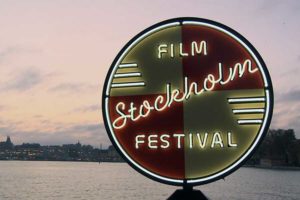 Stockholm International Film Festival is under no obligation to contact the submitting party and/or refund the submission fee should the applicant not have adhered to rules, set out here or below.

The Stockholm International Film Festival is organized by the foundation of the same name and is supported by the Swedish Film Institute and the City of Stockholm.

The purpose of the Stockholm International Film Festival is to broaden the forum for innovative quality films in Scandinavia beyond what is currently available through commercial outlets and traditional film institutions.

The 32nd annual Stockholm International Film Festival consists of the following main sections:
I – Stockholm Competition. Groundbreaking directors compete for the heaviest award on the festival circuit, the Bronze Horse. Open to directors making their first, second or third dramatic feature.
II – Stockholm Documentary Competition. Personal and original documentaries from around the world in competition for the Bronze Horse.
III – Open Zone. The most influential directors in world cinema are contenders for the FIPRESCI award.
IV – Icons. A showcase of major performances by the leading actors and actresses in current cinema.
V – Discovery. Powerful and diverse stories from debut directors.
VI – American Independents. The United States of America through the eyes of its most independent filmmakers.
VII – Twilight Zone. Mind-bending genre films suited for the darkest hours.
VIII – Documania. The most vital biopic docs and real stories of the year.
IX- Stockholm Short Film Competition. Edgy shorts from across the globe in competition.
X – Spotlight. A section focused on a current cinematic theme…

The heaviest festival prize in the world, the 7,3 kilo Bronze Horse, has accompanied Stockholm International Film Festival since the start in 1990. Made by renowned Swedish graphic designer Fredrik Swärd, it is inspired by the Dala Horse, a well-known Swedish folklore figure. The Bronze Horse is handed out annually to the winners of the Stockholm Lifetime Achievement Award, the Stockholm Visionary Award, the Stockholm Achievement Award, Best Documentary Film and Best Film. The Bronze Horse also has a sister, the Aluminum Horse, given to the winners in seven categories.
THE ALUMINUM HORSE:

An award presented to an individual in honor and acknowledgement of their contribution to the world of film. Previous recipients of this award are, among others Gena Rowlands, Lauren Bacall, David Lynch, Oliver Stone, Susan Sarandon, Claire Denis, Mike Leigh, Isabella Rosselini and Martin Scorsese.

The newly established Stockholm Achievement Award has been handed out to film celebrities such as Willem Dafoe (2012), Uma Thurman (2014).

Established in 2004, this award recognizes and encourages innovators and visionaries in contemporary cinema. It has previously been presented to Todd Solondz, Terry Gilliam, Darren Aronofsky, Wes Anderson, Peter Greenaway and Roy Anderson, to name a few.