In January 1992, a consortium of nonprofits and universities presented the first St. Louis Film Festival. In April 1992, The St. Louis Film Festival Inc. was then established as a Missouri not-for-profit corporation and in July 1992  received its 501(c)3 status from the IRS in April 1993. In 1998, the organization changed its name to the St. Louis International Film Festival to emphasize the event’s international component. In 2002, the organization was renamed Cinema St. Louis (CSL) to reflect its commitment to year-round . 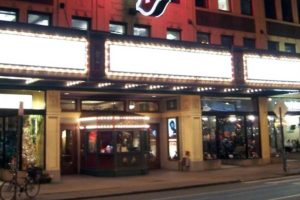 Juries choose the winners of six awards from among the shorts in competition. The SLIFF shorts competition is officially sanctioned by the Academy of Motion Pictures Arts and Sciences, making the winners in the Best of Fest, Best Animated, Best Live Action, and Best Documentary categories eligible to submit for Oscar consideration. Juries give Interfaith Awards to both a documentary and a narrative, choosing from among 16 competition films (eight in each category), which were selected for their artistic merit; contribution to the understanding of the human condition; and recognition of ethical, social, and spiritual values. 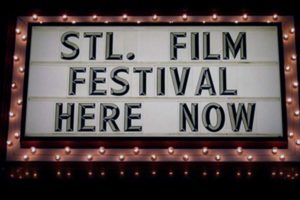 In conjunction with the St. Louis Film Critics organization, SLIFF holds juried competitions for documentary and narrative features. The awards are named in honor of the late St. Louis Post-Dispatch critics Joe Pollack (narrative) and Joe Williams (documentary). The winners are picked by two juries composed of St. Louis film critics. SLIFF chose eight films to compete in each category. SLIFF inaugurated a new juried competition at this year’s festival: The Essy Awards, which honor works either made in St. Louis or by a filmmaker with ties to the area. The awards — for Best Documentary Short, Best Narrative Short, Best Documentary Feature, and Best Narrative Feature — are accompanied by $250 prizes. The New Filmmakers Forum (NFF) annually presents the Emerging Director Award. Since its inception, NFF was co-curated by Bobbie Lautenschlager. Bobbie died in the summer of 2012, and SLIFF honors her memory by nicknaming the NFF Emerging Director Award as the Bobbie.

Golden Anniversaries features classic films celebrating their 50th anniversaries. This fourth edition of the event will highlight films from 1971. Because in-person events remain problematic during the pandemic, Cinema St. Louis will be unable to host in-person screenings during the first half of 2021. Unfortunately, obtaining streaming rights for most older films is impossible, so a virtual Golden Anniversaries is not an option. As we did in 2020, CSL will instead hold free online conversations on the selected works, with people watching the films on their own but gathering virtually to discuss them. Film critics, film academics, and writers will offer introductory remarks and then participate in discussions about the films. In addition to a fine selection of St. Louis-based experts, Golden Anniversaries will feature a quartet of authors from elsewhere: Carrie Courogen (“A New Leaf”), Mark Harris (“Carnal Knowledge”), Novotny Lawrence (“Shaft”), and Charles Taylor (“McCabe & Mrs. Miller”). The films in Golden Anniversaries are available on a variety of streaming platforms. To find the option most convenient for you, click on the link for the website JustWatch that accompanies each film. As noted, we hope to hold screenings of additional Golden Anniversaries films during the St. Louis International Film Festival from Nov. 4-14. Candidates include Stanley Kubrick’s “A Clockwork Orange,” Jan Troell’s “The Emigrants,” William Friedkin’s “The French Connection,” Sam Peckinpah’s “Straw Dogs,” Melvin van Peebles’ “Sweet Sweetback’s Badasssss Song,” and Monte Hellman’s “Two-Lane Blacktop.”