The Melbourne International Film Festival (MIFF) has been running continuously since 1952, making it the leading film festival in Australia and one 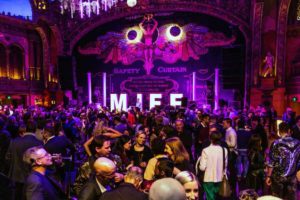 of the world’s oldest film festivals, alongside Cannes and Berlin. Presenting a curated global program of innovative screen experiences and the world’s largest showcase of exceptional Australian filmmaking, MIFF is an accessible, iconic cultural event that provides transformative experiences for audiences and filmmakers alike.
• MIFF 37ºSouth Market, a 4-day film financing market for producers with market-ready projects pitching to potential international and local co-financing partners;
• MIFF Premiere Fund, MIFF’s own investment and loan fund, providing essential financing support for local feature-length films. In 2018 MIFF presented 27 world premieres, five of which were Premiere Fund films.
• MIFF Talks program, a complementary program of panels and In Conversations featuring invited guest directors, actors, screenwriters and producers.
MIFF has an Academy®, BAFTA and AACTA accredited short film competition. The winners of the top prizes in the competition become eligible for Oscar® consideration.
MIFF screens about 400 features, documentaries, shorts, and VR experiences from 75 countries.
Awards & Prizes: MIFF features one of the most highly regarded short film competitions in the Southern Hemisphere, accredited by the Academy®, BAFTA and AACTA. The winners of the top prizes in the competition become eligible for Oscar® consideration. Thanks to our Shorts Awards partners, in 2019 the eligible short films competed for a total cash prize pool of A$56,000.

Submission to MIFF is with the understanding that selection may be for any and all exhibition formats that constitute MIFF 2022, including in-cinema screenings, digital exhibition or both. All Submitters will be notified of an outcome by end of June 2022. Festival programmers select and invite all films presented at MIFF. If the Submitter’s contact details change during the submissions period, you must inform MIFF via submissions(at) miff.com.au.
If the film is selected to screen at MIFF 2022, it must be made available in one of the following formats, received by MIFF no later than close of business (5pm AEST) 12 July 2022: 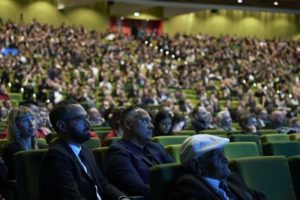 If the film is selected for both in-cinema and digital exhibition at MIFF 2022, it must be made available in materials appropriate for both settings.
If the film is selected to screen at MIFF 2022, MIFF strongly encourages the Submitter to supply closed captions and/or audio description so that the film can be viewed by audiences with access requirements.
If the film is selected to screen at MIFF 2022, the Submitter must provide a minimum of three (3) digital copies of stills from the film via email or WeTransfer (minimum image specifications: 300dpi, JPGs or JPEGs only). Electronic Press Kits (EPKs), digital posters, director headshots and social media handles may also be supplied to MIFF, but are not mandatory. Please note: MIFF may supply these materials to third parties for the purpose of editorial coverage of MIFF. These materials may also be used for MIFF’s publicly available print publications and print products as well as online media (MIFF website/s, MIFF mobile application/s and MIFF social media channels), where they will remain available without any time or territorial restrictions. Please be aware that MIFF cannot make photographer attributions within our printed or online guides.
Exhibition materials, including but not limited to film prints or DCPs, of officially selected films will be insured by MIFF for the duration of the film’s stay in Australia and during transit to the Festival; all incoming freight charges will be covered by the Festival.
MIFF abides not to hold any more than four (4) screenings of any submitted film exhibiting at a physical location (excluding XR). An expanded capacity for digital exhibition may apply.
MIFF’s selection decisions are final and no correspondence will be entered into. MIFF does not provide critical analysis or feedback.

The MIFF Premiere Fund which offers minority co-financing to new Australian quality theatrical (narrative and documentary) feature films that then premiere at MIFF, has invested in more than 85 projects. Supporting new Australian films since 2007. While we’re always looking to the future, here you can acquaint yourself with the history of MIFF – from our beginnings in Olinda in 1952 to our most recent award winners.

MIFF is a not-for-profit organisation that has been continuously running since 1952, making it the leading film festival in Australia and one of the world’s oldest film festivals, alongside Cannes and Berlin. Presenting a curated global program of innovative screen experiences and the world’s largest showcase of exceptional Australian filmmaking, MIFF is an accessible, iconic cultural event that provides transformative experiences for audiences and filmmakers alike.

MIFF is an Australian cultural icon which has had an essential role in putting Melbourne on the national and international cultural map. It has also been a key player in building a sense of community and connectedness in Melbourne. The festival has an innate appreciation of its famously loyal audience, all of whom come to MIFF for bold, entertaining and adventurous programming, the delight of the shared festival experience, and to discover something new about themselves, or the world around them.

The Melbourne International Film Festival’s vision for the future builds on MIFF’s role at the centre of Melbourne’s cultural life and in particular its success in generating both social and economic capital for Melbourne and Victoria. Complementing MIFF’s highly anticipated festival program is MIFF’s renowned industry program that includes an investment fund (the Premiere Fund) and the director’s development program (Accelerator). MIFF’s finance market (37°South) brings the national and international screen industry to Melbourne during the festival and celebrates Melbourne as a centre for screen business. MIFF also supports emerging arts and culture writers through its annual Critics Campus program, and takes the film festival experience to regional Victoria through the MIFF Travelling Showcase.

MIFF will continue to innovate and build on its decades of achievements to ensure that Melbourne remains the cultural capital of Australia, and that MIFF continues to be Australia’s largest and most significant film festival in terms of international profile, audience size, the quality and breadth of its festival and industry programs.
Our Vision Build an enlightened, engaged society through film.
Our Mission To bring to you the story of the world through curated and unforgettable screen experiences.
Core Values Independence, High Performance, Inspiration, Creativity, Integrity, Good Governance.