The Zurich Film Festival began in October 2005 and became firmly established upon the national and international festival landscape within a very short period of time. The festival has continued to grow rapidly since that inaugural edition: in 2019, the ZFF attracted approximately 117’000 cinemagoers and more than 1’500 accredited journalists and media professionals from around the world.  The aim of the Zurich Film Festival is to offer audiences insight into the work of the most promising filmmakers from around the globe, and to promote the exchange of ideas between established film workers, creative talent and the public. Emerging directors have the opportunity to present their films to the wide attention of the entire German-language market. Participants come from around the globe and include both emerging and renowned filmmakers as well as buyers, sellers, distributors, media professionals and industry leaders. 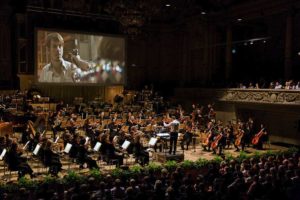 ZFF presents the most promising international new filmmakers.
ZFF provides the N°1 platform for a film’s release in the German speaking market in the fall.
ZFF creates a unique networking platform uniting industry players, creative talent and a large audience.
The International Competition sees emerging filmmakers compete for the coveted Golden Eye – the festival’s main award. In addition to the competition, the fest also presents the latest films from renowned filmmakers as exclusive “Gala Premieres” or “Special Screenings”. Furthermore, the “New World View” series focuses on the current cinematic oeuvre of a particular film producing region; “Border Lines” is a section dedicated to films dealing with border situations including territorial, social and individual conflicts; “TVision” focuses on the latest, most innovative TV formats; and finally, numerous side events, such as the “Zurich Master Class”, the “Zurich Summit” and the “Film Music Competition”, complete the festival programme.

The International Competition sees emerging filmmakers compete in three categories with their first, second or third directorial works for the coveted Golden Eye – the festival’s highest accolade. The ZFF’s “Focus” competition section concentrates on the film-producing countries Switzerland, Germany and Austria. Out-of-competition, the fest also presents the year’s greatest discoveries (Gala Premieres) and most anticipated movies (Special Screenings). Furthermore, the “New World View” section focuses on the current cinematic oeuvre of a particular film-producing region. Other thematically focussed sidebars include the “Border Lines” (human rights) and “Series” sections. And finally, numerous side events, such as the “ZFF Academy”, the “Zurich Summit” and the “Film Music Competition”, make the ZFF an important networking platform. Film screenings in the presence of cast and crew, and the Public ZFF Masters events offer unique opportunities for the general public to interact with filmmakers. The ZFF’s screenings for kids and school pupils introduces the art of filmmaking to the very youngest of audiences, and helps them to see the cinema as a place of cultural exchange. 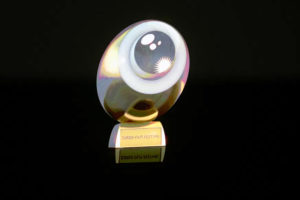 Invitation of the competition film directors:
Directors whose films are selected for participation in one of the competition sections will be invited to Zurich during the festival. Zurich Film Festival will pay for the directors accommodation in a hotel (three nights) chosen by the festival organisers. It will also pay for an economy round-trip ticket (train or plane, depending on the distance) to the festival from the country of origin for one person. The festival will only cover a transportation fee up to CHF 1500. In the case of a co-direction, the festival will cover the costs for one director only. Zurich Film Festival is not bound to issue an invitation.