MedFilm Festival is the first festival in Italy dedicated to the promotion of Mediterranean and European cinema. Established in 1995 on the occasion of the 100th anniversary of Cinema and the Barcelona Declaration and based on the 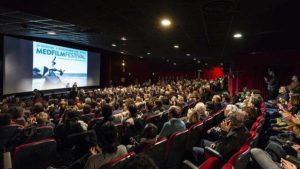 conviction that diversity is a value, MedFilm Festival encourages relations, cooperation and the development of the film industry between neighbouring countries.

MedFilm Festival it’s a grand tour starting from the southern shores of the Mediterranean and reaching the new territories of Eastern Europe, through the perspective of great masters and young authors who represent our time by redefining borders and establishing new landfalls.

Each film represents the multiple variety of identities and cultures, an invaluable assets and a precious reserve for our future. If these assets disappear the whole cultural heritage gets depleted.

MedFilm is honoured of the Endorsement of the President of the Italian Republic, the Patronage of the Presidents of the European Commission and Parliament, by the support of the Presidency of the Council of Ministers – Department of Equal Opportunities, Ministry of Cultural Heritage, Foreign Affairs, Economic Development, Justice, the Lazio Region and the Municipality of Rome. It is recognized and supported by the Diplomatic Offices in Italy of over 40 countries, it is considered as a Festival of National Interest by the Ministry of Cultural Heritage and Activities and it represents Historical Event of the Municipality of Rome.
Awards & Prizes
Official Competition
– Eros and Psyche Award (2000,00 Euro)
– Special Jury Prize (1000,00 Euro)
– Artistic Expression Award 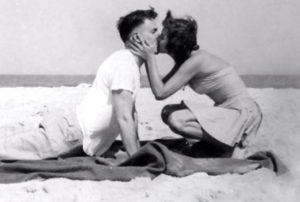 DATES AND VENUES
The 28th edition of the MedFilm Festival will take place from November 9 to 14, 2022. Any changes in dates and/or places will be communicated no later than September 20, 2022.

AWARDS and JURIES
The awards are assigned by the International Juries appointed for each of the competitive sections. Jury decisions are unquestionable and incontrovertible.

OFFICIAL COMPETITION: Eros and Psyche Award
The Official section of the Festival is exclusively dedicated to fictional films and documentaries coming from Mediterranean and Middle Eastern countries. They must have been realised after January 1, 2021 and have a minimum length of 40 minutes.
The Jury of the official competition assigns the following prizes and awards:
· Eros and Psyche Award for the best film (2000,00 Euro)
· Jury Special Award (1000,00 Euro)
· Artistic Expression Award
Screening fees cannot be requested for the works selected in this section.

SHORT FILM COMPETITION: Methexis Award
Competition open to short films coming from Mediterranean and Middle Eastern countries, realised after January 1, 2021 and with a maximum length of 30 minutes.
The International Jury, made up of a selected group of graduating film students and a group of prisoners of an Italian Penalty Institute, assigns the following prizes and awards:
· Methexis Award (1000,00 Euro)
· Cervantes Award Rome

LUX FILM DAYS IN ROME
Section dedicated to European cinema, in collaboration with the European Parliament Office in Italy.

GLANCES FROM THE FUTURE
Short films by the students of cinema that form part of the jury of the International Short Film Competition – Methexis Award.

SHORT FILMS FROM THE JAILS
Section dedicated to short and medium length films realized by prisoners from Italian
Penitentiary Institutions.

MEDFILM WORKS IN PROGRESS
2nd edition of the WIPS, competition open for works in post-productions. The competition will open from the 4th of June to the 6th of September 2021.

VALENTINA PEDICINI AWARD – Best first film
Award dedicated to the best first film selected in the Official Competition, Out of Competition and The Pearls: the New Italian Cinema.

KOINÉ AWARD
The Koiné Award is assigned to a representative of the world of culture, politics and entrepreneurship, distinguished for having contributed to the exchange, knowledge and respect among peoples, supporting the importance of researching and bringing out contact points and shared languages among Euro-Mediterranean cultures and peoples.

CERVANTES AWARD ROME
The Award is an expression of the collaboration between the Instituto Cervantes of Rome and the MedFilm festival, and is assigned to the most innovative film of the Short Film Competition – Methexis Award.

REGISTRATIONS AND PRESELECTION
The registration to the 27th edition of Med Film Festival is only available through FilmFreeway from the 7th of May to the 6th of September, with the following prices:

Film must be submitted in their original version with subtitles in English, French or Italian.