San Sebastián International Film Festival (SSIFF) is held every year usually on September. The old competitive festival started in 1952 when the movies that participate in the festival were Spanish talking only. In 1955 other languages movies were integrated in the festival. In 1957 San Sebastián’s festival was recognized as A category by FIAPF (International Federation of Film Producers Associations), the voluntary organization that determines the competition rules of the great and important film festivals in the world.The famous festival attracts a large audience from year to year, filmmakers, producers and famous actors from all over the world. The climax is the plenty number of premieres and 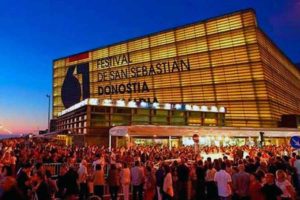 quality films that justify the festival as one of the most important film festivals in the world. The festival’s program, venue, film submission information, film lineup information, tickets, shows time / schedule of events, etc. is present in the festival’s link website. See details below, under “Event Related Information” section.The San Sebastian Festival established the Donostia Award in 1986. It recognizes outstanding contributions to the film world of great names who will be part of cinema history forever.  San Sebastian’s film programme consists of some 200 films selected for six competitive sections (Official Selection, New Directors, Horizontes Latinos, Zabaltegi-Tabakalera, Perlak and Nest) and seven non-competitive sections (Culinary Zinema, Made in Spain, Zinemira, Velodrome, Movies for Kids, Retrospective and Klasikoak). As well as selecting and showing films to an audience of spectators, specialised media and film industry professionals, the San Sebastian Festival promotes projects and films in development (the so-called ‘works in progress’). In this section, the Festival has two programmes for films at the post-production stage: WIP Latam for Latin American productions and WIP Europa for European productions.The Festival also promotes three calls for projects.
The San Sebastian Festival has created, together with the Elías Querejeta Zine Eskola (EQZE) research department, the project Zinemaldi 70: all possible stories (Z70) with a view to generating a living Festival archive. The first stage of the project will culminate in 2022, coinciding with the Festival’s 70th anniversary. The initiative has the collaboration of Tabakalera-International Centre for Contemporary Culture and the sponsorship of Loterías y Apuestas del Estado

The 70th edition of the San Sebastian International Film Festival will take place in the city of San Sebastian from 16th to the 24th September 2022.  Detailed information can be found on the official Festival website: www.sansebastianfestival.com, which also explains how to contact the Festival and its different departments.

The Public Limited Company FESTIVAL INTERNACIONAL DE CINE DE DONOSTIA-SAN SEBASTIÁN S.A. consists in equal parts of the San Sebastian City Council, the Basque Government, the Provincial Council of Gipuzkoa and the Spanish Ministry of Culture, Education and Sport. Its chairmanship is held by the Mayor of San Sebastian. The San Sebastian International Film Festival organisation is headed by its Director, José Luis Rebordinos.

The San Sebastian International Film Festival is accredited by the International Federation of Film Producers Associations, FIAPF www.fiapf.org, in the “competitive film 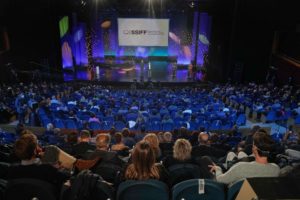 Be over 60 minutes in length.
Have been produced in the 12 months prior to the start of the Festival.
Respect the rules or guidelines for each of its sections. All films submitted will be considered for any of the Festival sections making up the programme, although each section has its own requirements and specifications.

The fee for each film submitted for pre-selection by the Festival is:

A festival running for 365 days

To understand this strategic commitment, we must look at the context of the San Sebastian Festival: the building housing its offices is also home to the institutions which are our travelling companions in this undertaking: the Tabakalera cultural programme, the Filmoteca Vasca and the EQZE itself.

These institutions jointly organise the Nest section (the International Film Students Meeting), as well as the Ikusmira Berriak residencies programme, the development of its projects and the aforementioned conceptualisation and setting in motion of the EQZE. But the overlapping and collaborations between the institutions don’t stop there: they touch on cinema programmes throughout the year, turning the Festival into an event lasting for all 365 days of the year. On the one hand, the Tabakalera cinema has a public screen shared by the institutions in which the Festival participates with its Zabaltegi Tabakalera screenings (also in its extended version going by the name of Zabaltegi Tabakalera Plus) and with the Nest short films. But these synergies also affect the guests: filmmakers and professionals who give tutorials, masterclasses, workshops or visits shared by the institutions. Lastly, the Festival, Tabakalera, EQZE and the Filmoteca Vasca also join forces to carry out research related to cinematography, such as the Festival’s Zinemaldia 70. All possible stories archive or Zine, the publication on research into Basque cinema. In 2019, when the EQZE has only been in existence for a year, the University of the Basque Country recognised the EQZE post-graduate courses as master’s degrees with an equivalent academic value and, where appropriate, the same professional effects as those actually taught at the University.