The Denver Film Festival is the largest of its kind in the region. This intense and concentrated exposition showcases more than 250 new films from around the world with over 175 international filmmakers, directors, actors and other film artists participating in the twelve-day event. The majority of these films would never be seen or discovered in the Rocky Mountain region outside the venue of the film festival. The annual celebration of film provides an important showcase for the best of world cinema, a platform for international film artists, and promotes dialogue among filmmakers and the public.
The award-winning film festival is one of Denver’s most popular and publicized events. The annual festival is a high-profile, glamour-filled event that is the focus of an enormous amount of media attention beginning in September and continuing through November. 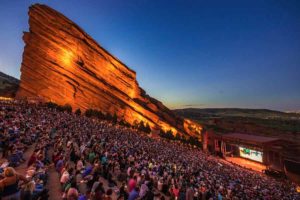 The Denver Film Festival presents approximately 250 films over twelve days and plays host to more than 175 film artists. New international feature releases, independently produced fiction films and documentaries, animation, experimental works, children’s programs, short subjects and music videos are included in the festival. Since 1978, Denver Film has worked to promote film as both an art form and a civic forum. As the only nonprofit theater in Colorado, we’re dedicated to engaging both our members and the general public in a lifelong relationship with film. Denver Film, a 501(c)(3) cultural arts organization, operates the Sie FilmCenter, the organization’s year-round cinematic home, presents the annual award-winning Denver Film Festival in November and a series of smaller film festivals throughout the year. 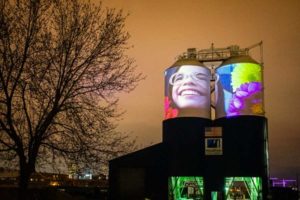 All films must have been completed after August 2021.
Films may not have screened in the Denver/Boulder metro area prior to the dates of DFF. While a Colorado premiere is not a requirement for DFF, it is taken into account when selecting the final program
Feature films must not have screened on U.S. television, in commercial release or on the Internet prior to the dates of the festival
All films not in English must be subtitled in English for presentation.
Submission Categories

Submission Materials
In order for a film to be properly submitted and checked in, it must include:
Completed Entry Form. Online Screener Link provided either via FilmFreeway or link emailed to matt@denverfilm.org. Proper Entry Fee. Multiple entries may be submitted by one person, but each film must come on a separate screener with a separate entry form. If Your Work is Selected – Screening Requirements
DFF can project works in 35mm, BluRay, digital file, and DCP. An electronic press kit, complete with production stills, 300 word synopsis and biography of the director must be sent to the DFS office as soon as possible. Films that are accepted into the Denver Film Festival should NOT have screened on television or the Denver metro area prior to the dates of the festival. The filmmaker is responsible for clearing all rights to the material in their film.

Premiere Circle
Women+Film is Denver Film’s year-round program that features films by and about women. The Premiere Circle is Denver Film’s circle of Women+Film supporters. This community generates important conversations at screenings, luncheons, panels, Q&A’s, receptions, and more, and supports our Women+Film programming all year round. Join the circle to be part of a group passionate about women in film, and to support the important work these filmmakers are doing! Big thanks go to the women and men who are our core supporters of Women+Film, the Premiere Circle. The individuals who are part of this group give financial support to the program as well as help to create the community of filmgoers who support Denver Film’s female-centric programming.”