The Athens International Film Festival Opening Nights, was founded by the Athens Film Society (a Non-Profit Organisation) with the intention of highlighting lesser-known 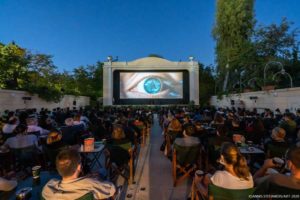 aspects/genres of independent cinema, introducing audiences to some of the best productions of the year and establishing itself as the ideal opening of the upcoming movie season. The Festival was launched in September 1995 and continues successfully until now.

According to a CINEMA magazine survey, the Festival audience roughly consists of 60.000 film-goers, who are interested in learning about the latest movie trends from all over the world and watching the most successful productions of the season before anyone else. Our goal is to present them with a handpicked selection of independent productions from all over the world.

After a rigorous selection process, the programming team concludes in the films that will enter in the International Competition section of the Festival. Each film must be either a debut, or the director’s second creation while simultaneously it must be screened in a national premiere. The particular section aims to distinguish all the new talents that are on their way of becoming the most sought-after creators of tomorrow.
STRANGER THAN FICTION / IN COMPETITION

The Competition section “Stranger than Fiction” aims to introduce to the public exciting, unusual, eccentric and charming images of a 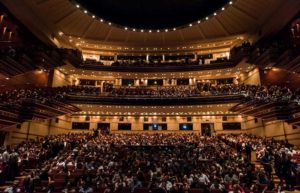 multi-voiced world, extraordinary everyday life stories which even the most talented screenwriter would envy, revealing looks on today’s reality, all enclosed in films-experiences.
FESTIVAL DARLINGS

The most important films of international and european production, which have been distinguished in top festivals abroad and have attracted the interest of film lovers all over the world, as well as unknown discoveries that will be discussed, compose each year a thrilling cinematic best of.
MUSIC & FILM

One of the Festival’s most popular sections undertakes to guide the audience through the most eclectic music genres, to introduce artists and new music trends, to attribute honor to memorable or unknown aspects of the history of music. This section includes the best music documentaries of the year, anniversary screenings of music films, as well as fiction films which place music in the center of their narration.
GREEK SHORT STORIES / IN COMPETITION

The most recent asian horror films, retro chills, blood shedded b-movies and after-midnight guilty indulgences compose one of the most adventurous and full of surprises sections of the Festival. An open invitation to challenge for the night crawling creatures of the town.
SHORT STORIES

Sometimes the first step of young creators who are tried out in cinema and other times a conscious choice of directors who have opted for the short duration as their means of expression. Every year, the “Short Stories” gather the cream of short films, be it live action or animation, that stood out in the biggest festivals of the world.
RETROSPECTIVES

Opening Nights bring the audience in touch with the work of famous directors, whose films are considered as classics and are landmarks in the history of cinema. To this day, the Festival has presented full retrospectives or indicative parts of the work of creators such as Louis Malle, Robert Altman, Yasujirō Ozu, Jean Cocteau, Andrzej Zulawski, Max Ophüls and Ernst Lubitsch.

At the same time, the Athens International Film Festival Opening Nights sheds its lights on upcoming creators of today, introducing to the Greek audience their very promising talent. Within this context, the Festival has presented the work of directors such as Tom Tykwer, Walter Salles, Fatih Akin, Sean Baker, Maren Ade, Tomasz Wasilewski, David Mackenzie and Guy Maddin.

Also, the Festival organizes tributes to national filmings of the present day and of the past, as well as special theme units, inspired by film trends but also by burning social issues.
SPECIAL SCREENINGS

This section hosts classical masterpieces but also disregarded world cinema diamonds, through anniversary screenings in digitally restored copies. This particular section includes as well the screenings that Opening Nights realize in collaboration with other domestic film festivals and social or cultural bodies.

Acclaimed artists and film professionals are selected every year as members of the Festival’s International Jury. The Golden Athena Award for Best Film is granted to the most technically and aesthetically accomplished film of the International Competition Section and is accompanied by a prize of 2.000 euros. The prize-statuette is designed by Giorgos Sepetzoglou and is a courtesy sponsorship of ZOLOTAS jewelers.

The Festival’s audience votes for its favourite film among the selections of the International Competition Section. The award is sponsored by Fischer Beer.

An International Jury, composed by professionals who specialize in documentaries, se-lects the film to be granted the Best Documentary Golden Athena Award. The statuette,-accompanied by a prize of 2.000 euros, is designed by Giorgos Sepetzoglou and is a courtesy sponsorship of ZOLOTAS jewelers.

A special Jury of experienced and established Greek professionals presents the following awards:

DIRECTION AWARD (accompanied by a € 1.000 cash prize, sponsored by Nespresso)

SCREENPLAY AWARD (accompanied by a € 1.000 cash prize, sponsored by Nespresso)