Inaugurated in 1964 at the initiation of Dr. Avni Tolunay, the Antalya Golden Orange Film Festival has evolved over the years into the beating heart of Turkish cinema, marking a crucial launch pad in the careers of  outstanding filmmakers 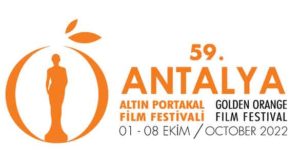 as Yılmaz Güney, Atıf Yılmaz, Ömer Kavur, Halid Refiğ, Yavuz Özkan, Zeki Ökten,  Şerif Gören, Yılmaz Duru, Memduh Ün, Ertem Eğilmez, Nuri Bilge Ceylan, Films that have become classics of Turkish cinema such as Gurbet Kuşları (Birds of Exile), Düğün (The Wedding), Endişe (Anxiety), Selvi Boylum Al Yazmalım (The Girl With the Red Scarf), Maden (The Mine), Sürü (The Herd), Dul Bir Kadın (A Widow), Bir Yudum Sevgi (A Sip of Love), Aaahh Belinda (Oh, Belinda), Bereketli Topraklar Üzerinde (On Fertile Lands), , Yazı Tura (Toss Up) and Kader (Destiny) have won the Golden Orange award. Introduced by the Festival with a view to making a tangible contribution to Turkish cinema, the Antalya Film Forum has transformed Antalya into a hub of the national film industry, providing support to large numbers of young and independent filmmakers. The event is comprised of four different platforms: Fiction Pitching, Fiction Work in Progress, Documentary Work in Progress and the Sümer Tilmaç Antalya Film Support Fund. The Antalya Film Forum has played a key role in the production journey and creation of many Turkish films, including national and international festival award-winners. Every year hosting international stars such as István Szabó, Francis Ford Coppola, Emir Kusturica, Catherine Deneuve, Bob Rafelson, Abbas Kiarostami,  Harvey Keitel, Mickey Rourke, Audrey Tautou and Adrien Brody, the Antalya Golden Orange Film Festival is a member of the International Federation of Film Producers’ Associations, FIAPF. The Antalya Golden Orange Film Festival is organized by ANSET, under the sponsorship of the Antalya Metropolitan Municipality.Antalya Film Forum is a co-production market and project development platform that aims to support the development of the film industry, to expand co-production opportunities for Turkish projects to encourage networking between Turkish and foreign film industry. Antalya Film Forum supports the brand value of the Antalya Golden Orange Film Festival and promotes Antalya to the international film industry as an outstanding filming location, with its convenient geographical features and diverse climate in which the traits of all four seasons can be experienced at the same time. Antalya Film Forum is a place for film professionals to discuss tendencies and future development of the film industry, including master classes with outstanding professionals of world cinema, panels and workshops. Due to epidemic measures, all of the Forum’s events, including jury meetings and one-on-one meetings, will be held online between October 5-7, 2021 for film and television professionals accredited to the Forum. 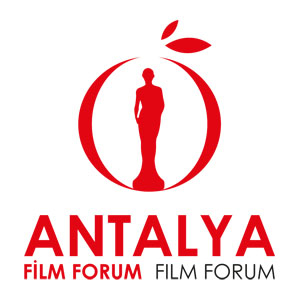 The Antalya Film Forum, the co-production market and project development arm of the 57th Antalya Golden Orange Film Festival—an event sponsored by the Turkish Ministry of Culture & Tourism—has announced its line-up of Pitching for Feature Films in Development, Sümer Tilmaç Antalya Film Support Fund Pitching Platform and Series/Short Series Pitching Platform projects. The seventh edition of the Antalya Film Forum will be held from October 5-7 and hosted by Muhittin Böcek, the Mayor of Antalya, with all events taking place online. Set up with a dual mission, the Forum seeks to bring together independent directors, producers and screenwriters from Turkey with professionals from the international film industry, and to create funding for new and emerging film projects. As one of the strands of the Forum, the Sümer Tilmaç Antalya Film Support Fund Pitching Platform was inaugurated to support each year a single Turkish feature film planning to shoot at least two-thirds of its content in the city of Antalya, on the proviso that the same proportion of Antalya scenes is retained in its final cut. 15 submissions were received for the Fund this year, from which a shortlist of three projects has been drawn up by a selection committee comprising: the director, Tevfik Başer; the academic and playwright, Yeşim Gökçe; and the film critic, Burak Göral. The three selected projects are: Apollon by Day, Athena by Night (Gündüz Apollon, Gece Athena), written and directed by Emine Yıldırım with Dilde Mahalli also on board as producer; Before the Dark (Karanlıktan Önce), written and directed by İsmet Akgün and produced by Okan Üzey; and Summer Dreams (Yaz Düşleri), written and directed by Aytaç Uzun with Nermin Aytekin producing. The winning project will be awarded a TL150 thousand prize, in addition to a Post Production Award sponsored by Fono Film.

The 59th Antalya Golden Orange Film Festival is comprised of the following sections:

All entries are invitation only, except for national competitions.